Imperfectly Brave Message Turns into a Book, a Conference, a Movement 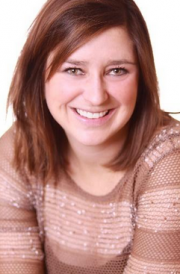 As I started to write Imperfectly Brave, I didn’t conceptualize anything pre-computer screen. I didn’t strategically plan it all out. I didn’t even know how to write a book, a manuscript and it had been years since I typed a long essay. I simply knew obedience. As it started taking shape, I kept asking God, “How do you want me to tell women what their imperfectly brave lives are? How does this all look? Map it out for me. Establish the work of my hands.”

And He did. He always does. 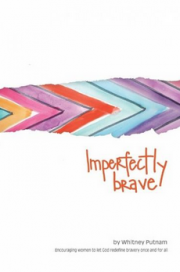 He brought me back into His hands. As I started detangling the Word from the world, I understood all over again what bravery really is. Bravery is staying in His hands; cupped, held, and tenderly embraced. This is our bravest place, no matter what the world screams in our faces. So the book is meant to get us back into His arms. The words are meant to allow Him to redefine us, so that when He speaks and calls us out onto the waters, we are already redefined to go and walk toward Him.

And then a friend said, this is more. Imperfectly Brave is more than a book. It is more than just words. The words on the paper are a tool, but Imperfectly Brave, well, it is a life running toward Christ. I wrestled through those words and I tried in all my human strength to figure that out. Well, what? What does that mean? It wasn’t until all my human strength was out and I surrendered all over again that I realized what it all means.

I can’t tell you how many conversations I have had about how I can’t share all of my broken parts with others while being in the ministry. But aren’t we all broken? Isn’t that why we need a Savior? If we say we have no sin, we are deceiving ourselves and the truth is not in us (1 John 1:8). As people kept telling me that I couldn’t be real, I kept dying, dying, dying inside. I thought of the new church in Acts and how I longed for the kind of community. And as I have done my research and talked to countless women, my heart sees and knows that we were made for this kind of love.
So Imperfectly Brave became more than words on paper. It became about being called out into battle together, so that when one of us is drowning spiritually, we lift her up. When one is singing high and loud, she brings us forward with her. When the other is walking on water, she gets us out of the boat. Imperfectly Brave is about gathering around a simple place in a prayer group and calling out to the most intricate and holy God. Here is where we will live life brave. Here is where we will be lights on a hill. In our quiet corners, unassuming winning places, crying out to a Most High God.

When we brought all of this to the women at the Imperfectly Brave Weekend, we knew. We knew as we saw heads bobbing up and down when we explained faith versus fear. We knew that God was breathing when they admitted their prayer life was weak and they wanted to learn how to fight well. We knew when we asked the hard questions, like “why is the church not the most compelling part of our society?” and maybe its because we all look just a bit too much like the world.

We knew. When God moves, you know.

As I was jogging this morning, I thought of the little boy who handed Jesus his fishes and loaves, his leftovers, all he could muster up. I heard a sermon about this once. That sometimes we just give Jesus our small little (and even silly) ideas. And we just hand it to them. And then we move out of the way. It’s as if, we just handed him the idea of prayer (like that was every our idea in the first place?) and he has done immeasurably more. Women are signing up for prayer groups. Young and old, new believer and seasoned, are reading and redefining. They are welcoming their broken places and entering into battle.