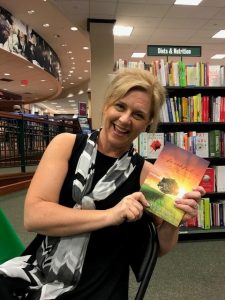 After spending six months hovered over my computer writing my manuscript, I was finally ready to pursue a publisher. When I met with three literary agents at the Write to Publish conference, I was told my memoir would not even be considered by a traditional publisher since my name wasn’t well known and I didn’t have a social media presence of 50,000+ followers. My only option would be to self-publish.

WestBow had been calling and pursuing me, but the price they quoted to publish was outrageous. I met a fellow author in my community writing group who suggested CreateSpace through Amazon. I knew several authors who published through them and were happy with the prices. However, their book covers looked like a classic self-published book.

I came into contact with several Christian self-publishers at the Write to Publish conference, but I wasn’t impressed with the quality of their books. Then I pulled out a business card I received after talking with a couple I kept seeing at the conference. The card was from Athena Dean Holtz from Redemption Press.

I researched her company and saw that RP had much lower publishing costs than WestBow, and their books looked more professionally published than other self-publishers. I contacted a literary agent for a reference who told me Athena’s team would do a great job with my project.

By the time I contacted Athena, I was pulling out my hair frustrated with rewriting my manuscript over and over. She immediately saw my frustration and told me to send her my manuscript, so she could help me decide what to do with it. I consolidated all the chapter files and sent her one giant email attachment. She looked at my manuscript, and we talked via Skype.

During our meeting, she did address CreateSpace costs versus Redemption Press costs. They were comparable. However, with RP I would be working with people who have a spiritual background who could pray through the project with me. Since my book is about my faith journey to motherhood, specifically the spiritual journey I took with God, there would certainly be a spiritual battle going on as I finished the publishing process. She went through the pricing and recommended what services I would need based on what she read in my manuscript.  She commented on the manuscript coaching, which I agreed would be very beneficial to me. After praying, my husband and I decided to sign a contract with Redemption Press to publish my manuscript.

Being very naïve to the publishing process, I assumed my book would be published within months. I quickly discovered how wrong my assumption was. My first eye opener was the feedback from my manuscript coaching. Senior editor Inger Logelin rewrote the first three chapters of my book. WOW!  I had assumed my blog posts, which were chapters, was sufficient.  They weren’t!  Even though it was a non-fiction book, she told me it needed to be written like a fictional story with characters the reader would care and love. She taught me how to add dialogue, to write showing instead of telling my readers, to use active instead of passive voice, to delete adverbs, and much more.

My spirit was deflated when I received her feedback. In fact, I didn’t think I could even attempt to do what she recommended for my manuscript. Discouraged, I wrote a blog post about the process. Athena and my writing coach read the post, and I received an encouraging email. My writing coach told me, “The mirror of editing can be too much truth at one time.” She told me I had a distinct ‘voice’ and a great writing style. Her job was to bring out the best writing in me. Her words were exactly what this first-time author needed to hear!

My project manager, Hannah, encouraged me and prayed for me throughout four months of intense rewrites – even when my hard drive crashed, and I lost a week’s worth of rewrites!

With my manuscript being well over the number of words in my contract and being depleted from intense rewrites, I added a “substantiate edit” to shave down the word content. Again, Athena’s team, Julie Carboni, and I worked together cutting out unnecessary words, phrases, and storylines. We sent a working document back and forth between California and South Florida via email. We both listened to each other and worked together to make the storyline clear, clean, and concise without losing any of the story. Julie gave me the best advice, “The edits are done. We could continue to rewrite and rewrite, but at one point, you need to let go of the manuscript and say, ‘it is done.’” Otherwise, I’d still be rewriting, and it would never have gone to print!

In the end, publishing with RP was the right path for me and my book. Not only was Athena’s team knowledgeable and understanding but they held my hand throughout the rewriting, editing, designing, and typesetting process.  Athena was present during the process even when I didn’t know what was going on behind the scenes with my book cover!

If you are a first-time author, I highly recommend Redemption Press and their manuscript coaching.  Your writing and finished book will stand up next to traditionally published books on bookstore shelves. The money you spend on manuscript coaching will be the best investment you can make for your book. 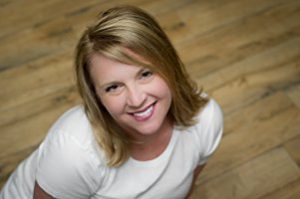 Becky Graham’s life began in a rural setting surrounded by cornfields and combines just outside a small town in northwest Ohio. She received her AA degree from Cedarville University and moved to the Chicago, Illinois area where she received her BA degree from DePaul University, married her husband and added a son to their family. Becky has volunteered in several churches as a teacher, woman’s small group leader, woman’s coach in small groups, a mentor and a leader in various woman’s ministries. She is an alumnus of Speak UP, Write to Publish, Breathe, Listen to My Life: Recognizing and Responding to God in My Story. Faithful: An Unexpected Journey to Motherhood is her first book chronicling her faith journey through infertility, fertility treatments, chemical imbalance, clinical depression, and open adoption. You can follow her at www.BeckyGrahamAuthor.com